Hampi is an ancient town that is a monument in and of itself, similar to an open museum of archaeology and history; it speaks of India’s rich heritage. This place is a living testament to the grandiose Deccan history that existed once upon a time, abandoned with the ruins of broken empires and obscured by time.

Hampi is a small town in Karnataka which dates back as far as six or seven centuries and is regarded as the largest open monument in Asia. It saw its golden years of existence during the rule of the Vijayanagar Empire, with opulent palaces, temples, forts, public buildings, water systems, etc. Today, a UNESCO World Heritage site, the town stands with traces of the bygone era on the background of a rusty and rocky landscape, rendering a picture-perfect sight to the beholder.

Hampi is a small location covering an area of 25 square kilometres that is bounded by mountains (Anjaneya, Malyavanta, and Matanga Hills) by three sites and the Tungabhadra River by the remaining one site.

Throughout the year, Hampi is mostly mild and dry. Summers are hot and humid, so visiting between March and June is not a good idea. Monsoons bring average but infrequent rainfall, keeping temperatures mild but humid. Although heavy rains are uncommon in the region, it is best to avoid the slick terrains to avoid accidents.

Hindus believe Hampi was a Monkey kingdom (according to the Ramayana) before the Vijayanagara Empire in the pre-ancient period (around 1 CE) when the city was known as Kishkindha. Around 1500 AD, the town was the capital of the Vijayanagar empire and, according to some accounts, the world’s second-largest city at the time. It declined in importance over the next centuries, and today you can explore the ruins of many temples and other structures spread out over a large area.

Hampi is situated on the Deccan plateau, which is one of the world’s oldest and most stable geographical formations. This region of the plateau is part of the Dharwar craton and contains rocks that are 2.5 billion years old. The river is significant in the town’s religious and political history. The name Tungabhadra comes from the confluence of two rivers, Tunga and Bhadra. It flows northwest before joining the eastern river Krishna, which eventually empties into the Bay of Bengal.

Things to do in Hampi

The ancient town has managed to keep urban trappings at bay and remains a quiet place, except for a few marketplaces catering to tourists. There are about 500 ancient monuments, temples, forts, and of course, the captivating remains of the prosperous Vijayanagara Empire. Here are the best landmarks to delve into its history in its true essence:

Places to visit in Hampi

Here’s the list of tourist places and things to do:

Places to visit nearby

Below are some scenic places to visit nearby for a wholesome travel experience.

While Hampi is a historical town and a rich archaeological site, the town also has been home to hippies of the bygone days. And thus, its food culture has become predominantly multi-cultural, catering to nomads and tourists.

How to Plan a Trip to Hampi

The most suitable way to plan a trip to Hampi is to choose the best route, mode of transport, and more. Here are some dominant transport modes to reach the town.

How to reach Hampi?

Hampi is well connected with major cities and towns of Karnataka by road. The NH 13 route from Hyderabad (380 km), Bangalore (345 km), and Hubli can also be used to reach Hampi (165 km). Book a cab from any of these cities and travel comfortably to the historical town. If you are traveling from Bangalore to Hampi, read this extensive road trip guide.

Hospet Junction (13 km away) is the nearest railway station to Hampi, which is well-connected to the rest of the country via an extensive train network. After arriving at the railway station, book a taxi or cab to Hampi.

Hospet, 13 kilometres away, is the nearest railhead from Hampi. Tourists can easily reach the location by booking a taxi or cab. Hospet is well connected to major cities and towns such as Bangalore, Hyderabad, and Goa.

Being surrounded by the hills and forests of the Nilgiris, Hampi enjoys pleasant weather in most parts of the year. But the ideal time to visit this hilly town is from winter through spring. Summers are also comfortable to travel in but can be a little humid. Some people also like travelling to Hampi during the monsoons. But it is important to be cautious while driving around hilly areas during heavy rains.

Hotels and Resorts in Hampi

Now that you know all about the historic town, why wait? Plan your trip! Soak in the glory by booking a car rental to take you to all these places with a local driver. Install the Savaari cab booking app for offers and discounts on outstation rentals. 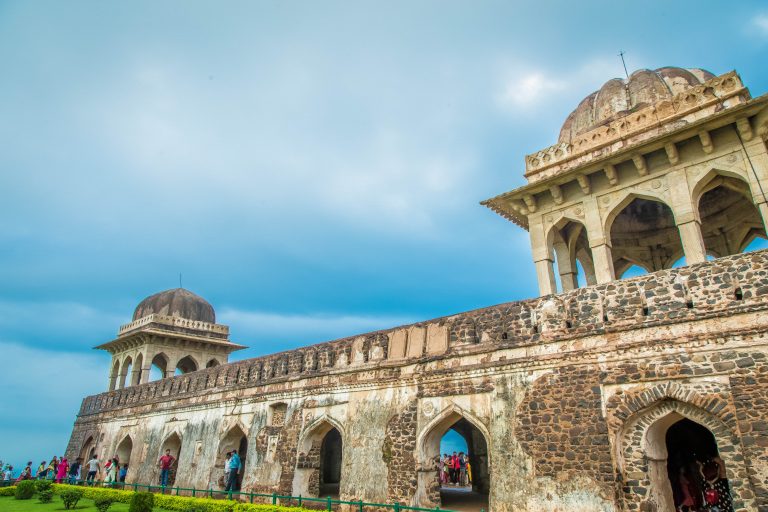 The road to where we are

To us, a road trip is one of the most exhilarating ways to travel the length and breadth of India. There’s always something to look at, something to explore and to experience. Because we love travelling by road so much, we’ve been striving to make sure you have a great experience too.